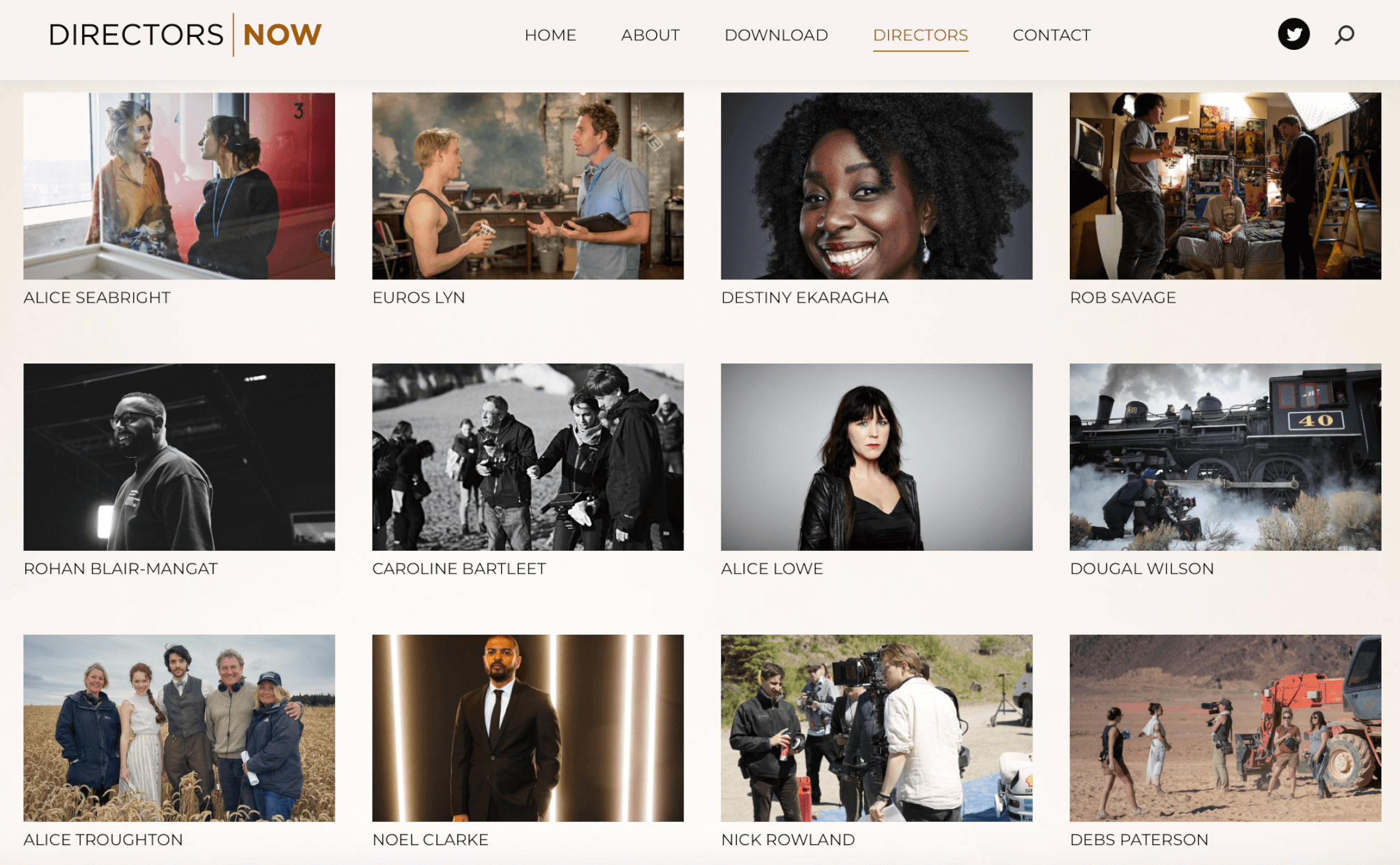 Directors from television such as ‘Sex Education’, ‘The End of The F***ing World’ and ‘Broadchurch’ to breakout films like ‘Calm With Horses’, ‘Make Up’, ‘Saint Maud’ and ‘Adulthood’ have joined with leading directors of commercials, documentary and animation to share their experiences. This is an invaluable, fascinating and free new resource for aspiring filmmakers of all backgrounds struggling to break into the industry during the ongoing Covid-19 pandemic.

Directors Now has assembled directors from a variety of fields and backgrounds, showing the unique ways all 100 filmmakers established their careers. Each director has been asked the same five questions about their careers to date, focusing on the journey from aspiring filmmaker to professional. In the remarkably interviews, each director shares their highs and lows, the obstacles they had to overcome, their steely determination and also the occasional bit of luck that goes with forging a career as a director.

Directors Now has been created and edited by director Lewis Arnold, who often teaches at both the University of Gloucestershire and the National Film and Television School, as well as making prime time television drama including his new upcoming ITV drama ‘Des’ starring David Tennant, Jason Watkins and Daniel Mays. Directors Now was born out of Arnold witnessing the disappointment of the graduating students and wanting to give them a bit of practical insight and hope.

Lewis Arnold said: “Due to the pandemic, students had found themselves in the difficult situation of graduating without making their final year film. They were also graduating into an industry that had shut down. They were all understandably anxious about their futures, and so I wanted to do something for them. The document was born out of my own experiences. When I usually meet aspiring filmmakers, the same questions always arise: How did you get your first break? Did you have to go to film school? How did you get an agent? I had the same questions when I was starting out, but all my heroes’ started their careers in the ’70s. Their stories didn’t particularly help with the industry at that point. I should have been reading about recently emerged filmmakers, finding inspiration in the careers of those carving a path ahead of me.”

Arnold continued: “Directors Now is about highlighting the paths of those directing in the industry right now, as there is a genuine interest from young filmmakers to pick apart a filmmakers journey in order to imitate perceived success. Hopefully by putting these breakout stories altogether in one place, the filmmakers will be able to see the similarities and differences in each of these filmmaker’s journeys. Their highs and lows, the obstacles they had to overcome, their steely determination and also the occasional bit of good luck, that goes with forging a career as a filmmaker”.

Arnold wants the document to be a valuable resource for aspiring filmmakers adding: “I hope that young filmmakers find the confidence to follow their goals by finding comfort and inspiration from one of the many voices within this document. With this in mind, I will be aiming to continue to grow both the document and website with new and exciting directing talent, as well as branching the format out into other disciplines”.

Directors Now has been supported by The National Film and Television School who have helped finance the website, which has been created by Skim Media.

Jon Wardle of the National Film and Television School added: “Directors Now is such a simple but much needed resource. I wish it had existed when I was a film student at University. It provides a hugely valuable input into the early career steps of some of the UK’s most exciting Directors”.